How To Deal With A Passive Aggressive Boss? 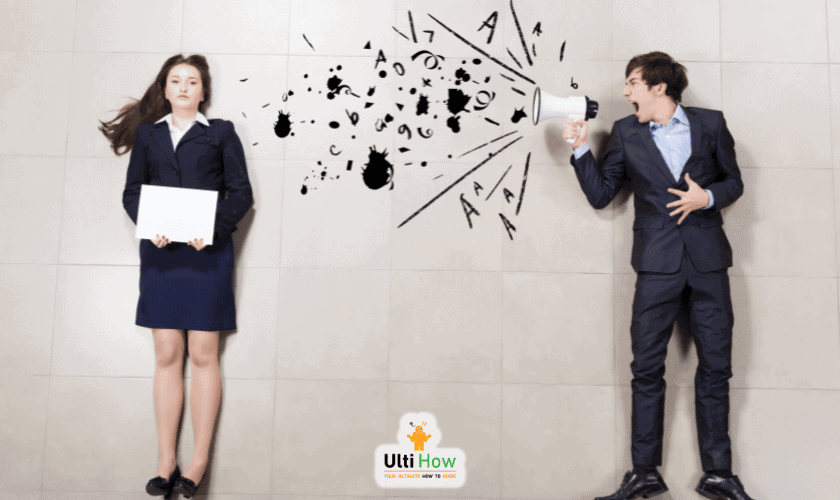 We all have to deal with difficult people from time to time, and this becomes more frequent in the workplace, where co-workers are just as important as your actual job role.

If you want to stay sane and still keep your job, there are ways you can deal with someone who shows passive aggressiveness toward you, whether they're your bad boss or just an employee at work who happens to annoy you.

Let's take a look at how to deal with passive-aggressive bosses.

Why Is Your Boss A Passive-Aggressive Person?

Your boss is passive-aggressive because they are unhappy with something in the company or the work you're doing. It's possible your manager feels threatened by your skills and abilities. So, the manager wants to stop you from taking their leadership position. It's up to you to figure out what makes your boss unhappy and try to change it if possible.

Some people find ways of changing their situation at their company, but others choose to leave. If not, you can try talking to them and giving them feedback on how things are going. If you don't have any luck, consider whether it's worth staying with this company.

Meditate on what will work best for you! 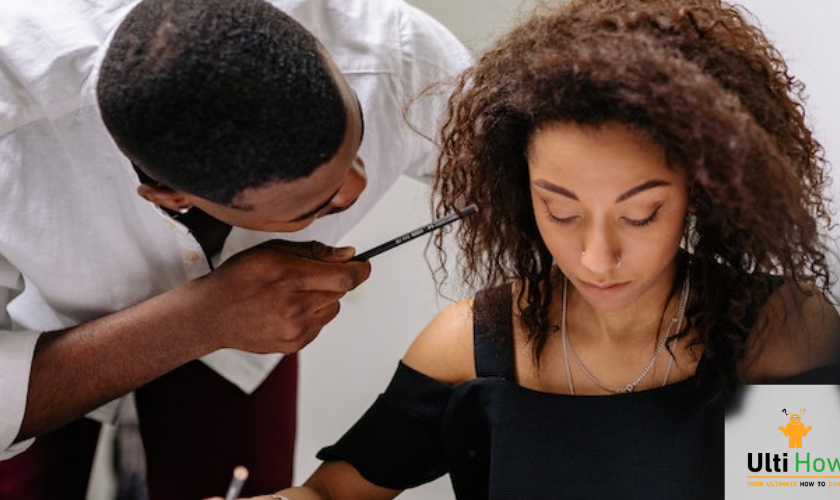 Your boss is passive-aggressive if they make employees feel:

Maybe it's time to move on. The key to handling a passive-aggressive boss is understanding that they're not going to change. You'll need to create boundaries for yourself, so you don't fall into the traps of their games.

Below are four methods to deal with a passive-aggressive boss that might work for you:

1. Know What Your Boundaries Are

It sounds simple, but so many people go along with things in the workplace just because they feel bad saying "no" or because they're afraid of hurting someone's feelings. 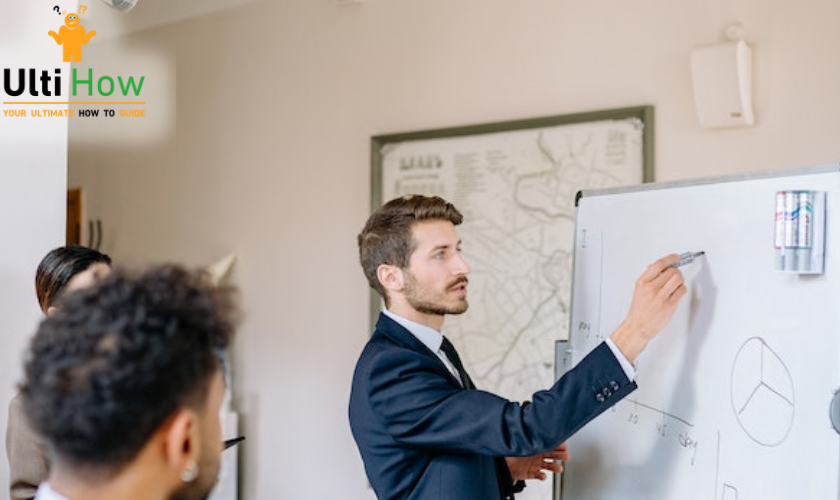 A one-minute response sums up why you won't do something - in advance so that when you're faced with a tricky situation, you won't find yourself at a loss for words. Say things like, "I'm sorry, I'm unable to give this task my full attention right now, or it would be challenging for me to complete it within your deadline." Don't expect them to be happy about it but know that you've done what is best for your own needs and happiness.

No matter how much your leaders get under your skin, believe that nobody will be able to replace you, and you'll always have value there. Offer constructive criticism where appropriate (once per quarter) and focus on showing initiative rather than slacking off.

You may not always have direct eye contact, but in the end, he will appreciate your efforts and think twice before trying to get rid of you.

When confronting your passive-aggressive boss, try talking through email instead of meeting in person. By keeping the conversation written down, you'll avoid emotional outbursts, making things easier for both parties involved.

Avoid sarcasm at all costs. Ask questions rather than make statements or accusations as well. Start with "I" words and finish with questions like "What do you think?"

You can find the best books on communication in the Ulti Best Products Category The Top Communication Books.

What Are The 4 Examples Of Passive-Aggressive Behavior In The Workplace? 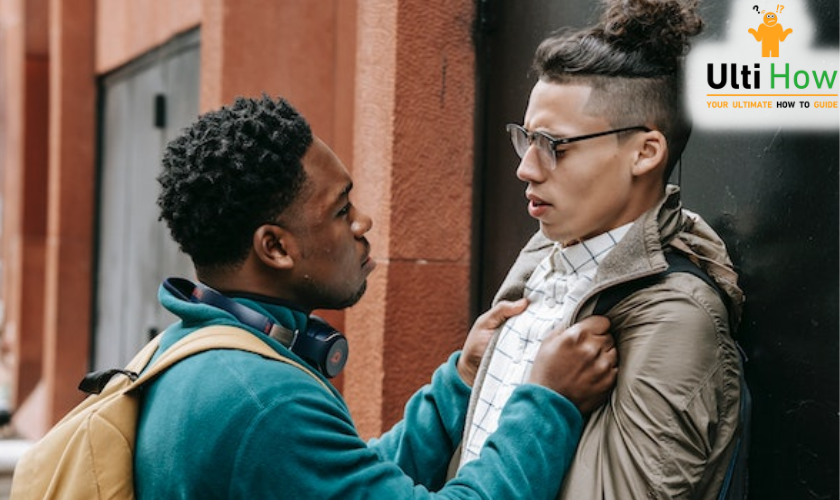 It is important not to retaliate with similar behaviors, as this will worsen the situation. Instead, it's best to stay calm and let your boss know what they are doing that bothers you.

Your boss may not even realize they are passive-aggressive, so calmly explaining what is happening will help them understand their actions more clearly and learn how to handle situations better.

What Are Examples Of Passive-Aggressive Comments? 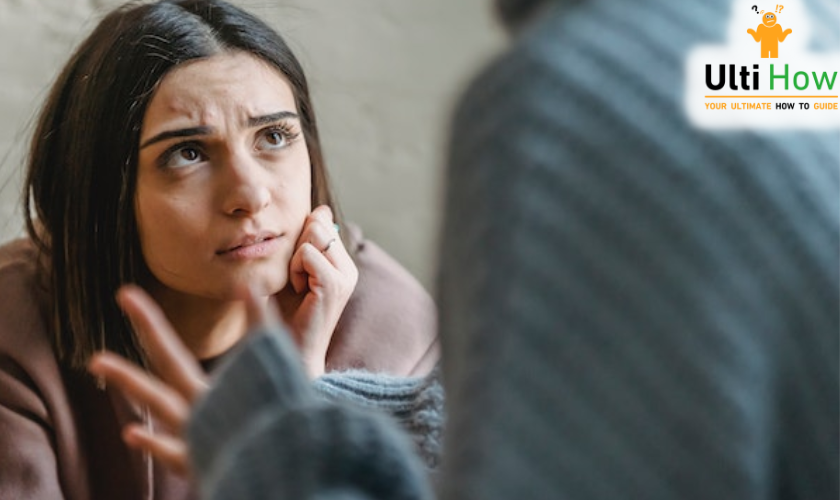 Passive-aggressive comments are often disguised as compliments. For example, someone might say I like your hair when you wear it up, but it's meant to mean I'm not too fond of how you wear it. Another example is when someone says I'll have my secretary get back to you when they're refusing help from this person.

Assertiveness is about standing up for yourself and your beliefs while respecting others' rights. Assertive people do not blame others or use sarcasm when communicating their thoughts, feelings, or opinions. These people don't try to convince others through guilt or manipulation and don't need approval from others before taking action.

How Do You Respond To Passive-Aggressive Behavior At Work? 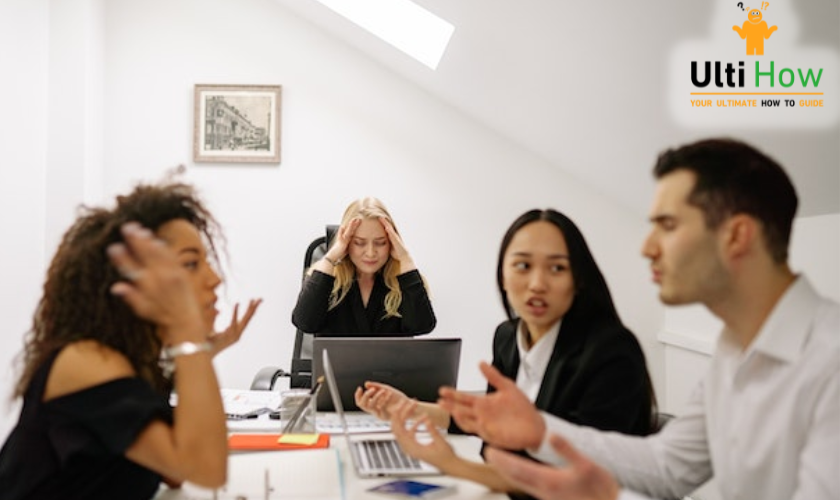 If you are in a position handling a passive-aggressive person, there are some things you can do to avoid frustrating interactions. For example, if your boss is being passive-aggressive and it is coming out in their behavior towards you, they might be trying to communicate that they're unhappy with something.

1. Responding to a Passive Aggressive Boss

It might be best to find another workplace if your boss is too aggressive and threatening. If you are dealing with a passive-aggressive boss, here are some ways to handle it:

2. Responding to a Passive Aggressive Coworker 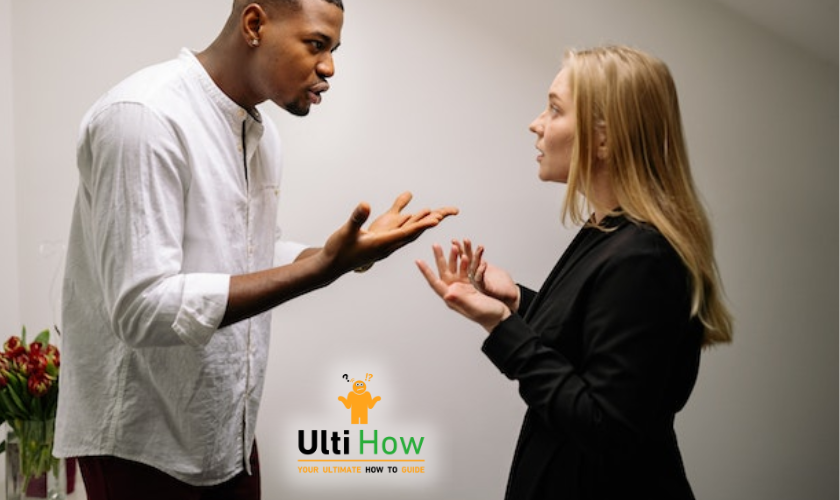 If you want to know how someone feels about you, be aware of the tone of their voice and body language when speaking with you. If a passive-aggressive coworker is angry when they talk with you, it can be helpful to show empathy because it might help them calm down.

3. Have a Big Heart Towards Passive Aggression

While your tolerant aggressive boss is probably a complete jerk at present, he was perhaps once a scared child. Passive aggressive people tend to be lonely, anxious, and filled with doubt.

How Do You Respond To An Aggressive Boss? 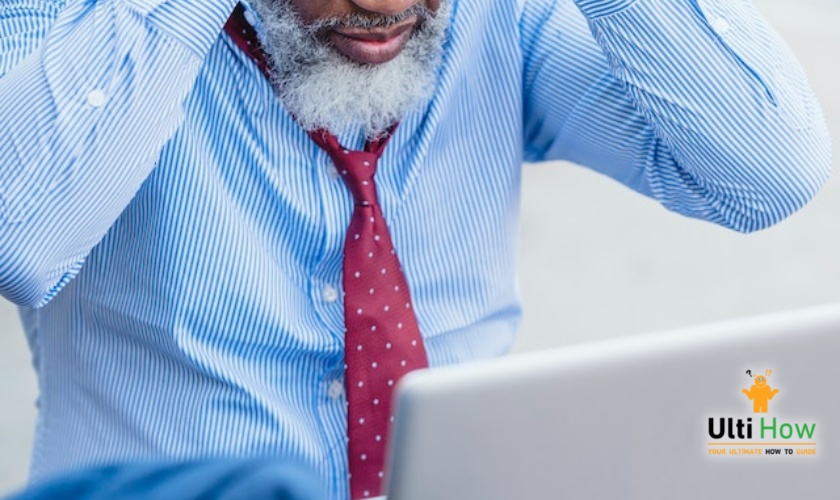 The key is figuring out the underlying issue before approaching them about it, or you risk them becoming more aggressive or even withholding information from you. Try asking yourself questions like:

Then approach your boss when you have an idea. Be sure to choose your words wisely, but don't back down!

How Do I Deal With An Undermining Boss? 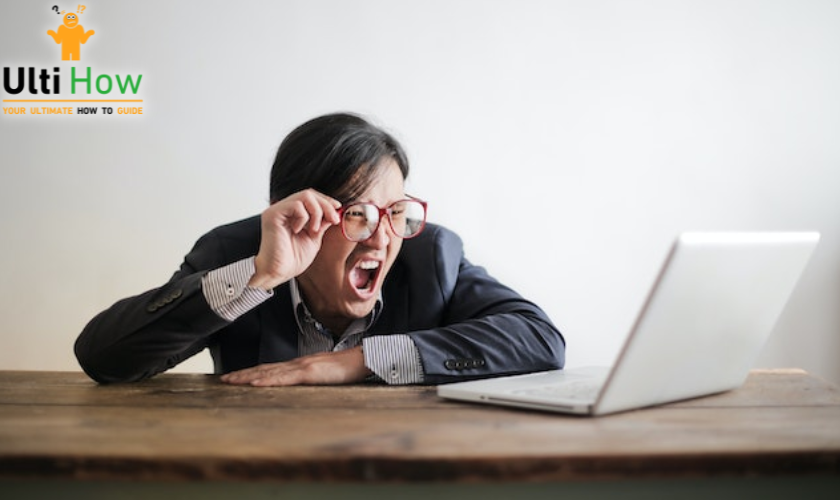 Here are six tips on how to relate to an undermining boss:

Speak up if they're making fun of you or challenging your opinion or expertise. If your boss is not stopping after you speak up and it's getting worse, this should be dealt with through HR or another management team member. It can be frustrating, but things like this must be handled professionally to avoid unnecessary conflict.

2. Learn about Your Entire Organization Role

Be proactive about understanding what the expectations are for your position. Ask them questions about their vision for the role and have them walk you through their goals and deadlines. Understanding what you're working towards will help keep tensions low because it'll reduce disagreements over how best to accomplish those goals. 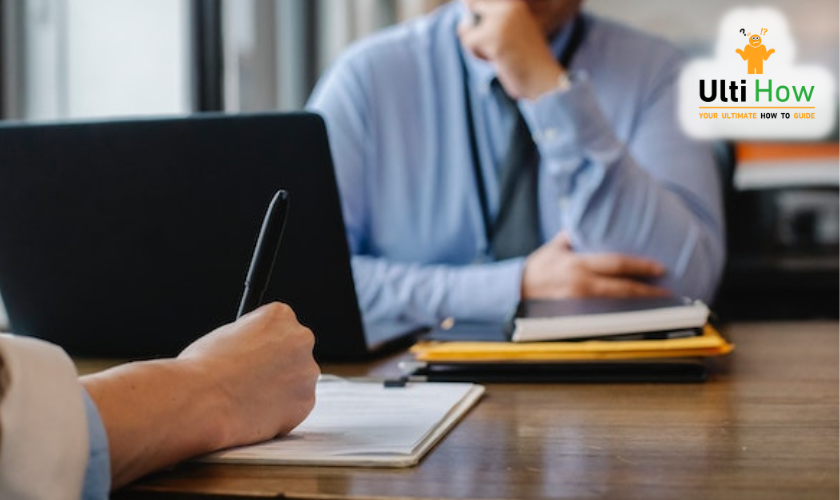 Keep detailed notes during meetings so that there's a written record of what has been discussed, agreed upon, and delegated by the boss or other leaders at the conference (this will prevent misunderstandings).

Be transparent about what you're doing by updating them regularly on your progress - even if it means being blunt about mistakes made along the way (this will help ensure open lines of communication).

Be assertive but kind when rejecting requests from them. Say something like I'd love to do that, but I won't be able to finish my responsibilities. In cases where the proposal would require additional training or outside resources which aren't available, respectfully explain why without being confrontational.

6. Ask Other Leaders For Help

When dealing with a passive-aggressive boss, it might be wise to enlist the help of other leaders within the organization who know more than you about what exactly needs to happen. You can find more valuable information in 10 Brilliant Tips for Dealing With a Difficult Boss.

How Do You Deal With A Sneaky Boss? 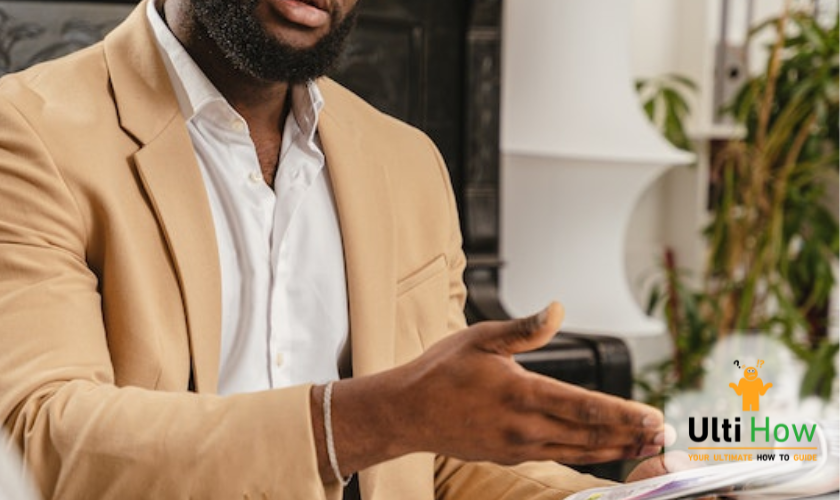 Here are ten ways to handle a sneaky boss:

How To Handle Passive Aggressive People In General?

Since passive-aggressive people can come in all shapes and sizes, it's essential to know how to handle them. One should keep a cool head, give the other person their personal space, and refrain from playing their games. Here are some more strategies:

Passive-aggressive behavior can be challenging, especially when you don't know what is happening. Your first step should always be to talk to the passive aggressor, but if that doesn't work, then it's time to make some tough decisions. In many cases, your only option may be to quit your organization and find a new one where there are better people skills in the workplace.

In other instances, if you're just not getting along with your passive-aggressive boss or co-workers, it may not be worth leaving because the company is excellent in other areas. In this case, think about speaking up more at meetings and giving constructive feedback to your new boss about how he could improve his communication skills.

How should I talk to my passive-aggressive boss?

When talking to your passive aggressive leader, be straight and honest, but kind and gentle.

Why Is Your Boss A Passive Aggressive Person?

Forbes: How To Handle A Passive-Aggressive Supervisor

Know What Your Boundaries Are

MindTools: Managing Your Emotions at Work

Hubspot: How to Communicate Effectively at Work With Your Boss

What Are The 4 Examples Of Passive-Aggressive Behavior In The Workplace?

Verywell Mind: What Is Passive-Aggressive Behavior

What Are Examples Of Passive-Aggressive Comments?

How Do You Respond To Passive-Aggressive Behavior At Work?

Havard Business Review: How To Deal with a Passive Aggressive Colleague

Responding to a Passive Aggressive Boss

HBR: How to Deal with a Passive-Aggressive Boss

Responding to a Passive Aggressive Coworker

HBR: How To Deal with a Passive Aggressive Colleague

Have a Big Heart Towards Passive Aggression

How Do You Respond To An Aggressive Boss?

Workology: How to Handle Your Abusive or Aggressive Boss

How Do You Deal With A Sneaky Boss?

Chron: How To Handle A Boss On A Power Strip

How To Take Care Of An Iguana
How To Care For A Leather Jacket
How Do You Know If Your Family Is Ready For A Pet?
How To Stop Being Judgemental
29 Ideas On How To Be Kind To Others
How To Be A Better Girlfriend For Your Partner
How To Stop Overeating At Night
How To Have A Spiritual Awakening
How to Become a Tik Tok Influencer
How to Stop A Puppy From Crying

How To Care For A Leather Jacket
How To Stop Being Judgemental
29 Ideas On How To Be Kind To Others
How To Be A Better Girlfriend For Your Partner
How To Stop Overeating At Night
How To Have A Spiritual Awakening
How to Become a Tik Tok Influencer
How to Stop A Puppy From Crying
Minecraft: How to Move Villagers
Stages of Lightening Dark Hair

We write step-by-step guides on how to solve everyday issues, as well as in-depth looks at specific topics. Our mission is to make it easy for everyone to find solutions to their problems. With Ultihow, you’ll never be stuck again!

How To Take Care Of An Iguana
How To Care For A Leather Jacket
How Do You Know If Your Family Is Ready For A Pet? 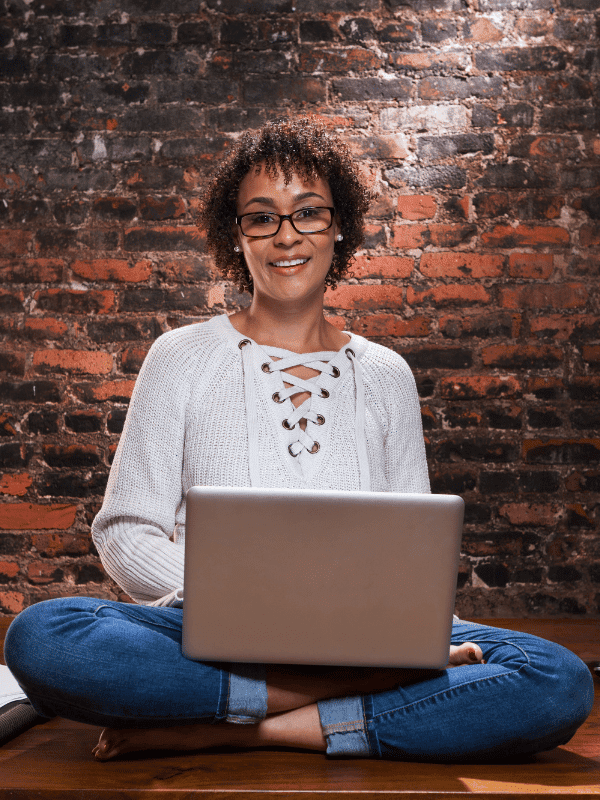